Confronting Social Injustice: A Conversation about Diversity, Equity and Inclusion 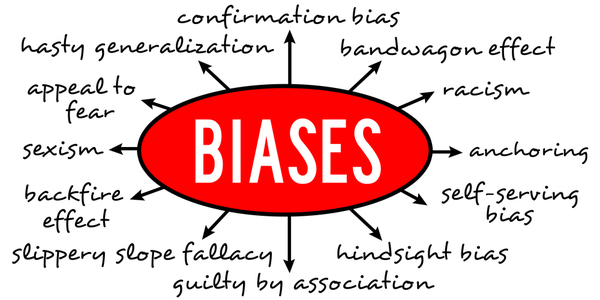 Systemic racism has been a part of US history for 401 years and it will take more then one summer of social reckoning to dismantle and rebuild an education system that is designed for all students to thrive. As educators we are a constant presence in the lives of our students, to truly support ALL of them we must equip ourselves with knowledge and understanding of bias. Below is  Lori Gaon's interview with Maria Underwood for Parents in Action. The conversation and tools for parents translate directly to our classrooms.

Q. What is all this talk about biases? What is bias?

A. We need to acknowledge that we all have biases and it’s part of being human. It’s the mind’s ability to quickly and automatically categorize people based on social and other characteristics. Biases can come to exist for a variety of reasons like upbringing, news media, exposure or lack of exposure to different communities, but having biases does not make us racist or bad people.

A. In the spring and summer, parents of color discussed concerns of racial tensions, racial inequities and fears about their ability to protect their children, but now, months later, although parents seem to be expressing their concerns more openly, they also voice a sense of exhaustion over the heightened level of these conversations. White parents are asking more often how they can be supportive to families of color, and how to help their own children navigate these conversations and learn from these.

The silver lining here is that many parents are wanting to talk about these issues; it’s an opportunity to move the needle and not sweep incidents under the rug.

Q. What is the work that parents need to do to recognize their own implicit bias(es)?* What should be the goal, once they do recognize and address them?

A. The key is to acknowledge the bias and disrupt it. For example, I boarded a plane, took my seat and listened as a flight attendant announced that the plane’s entire crew was female. All the passengers cheered. We took off and shortly thereafter hit terrible turbulence, the worst I can ever remember. As I gripped the arms of my seat, I thought to myself, “I hope this woman can fly this plane.” I realized in that moment that I never would have had this thought if a man was flying the plane. I acknowledged that I have an automatic preference for male pilots as a result of the greater frequency of being on flights flown by male pilots. Now that I’m aware of this bias, I am able to disrupt it. I can acknowledge the bias, explore its origins, and replace that bias with a non-prejudicial response now having had a positive experience with an all-female crew.


Q. What are some ways that parents could expand their exposure to different point of view?

A. Reading both fiction and non-fiction allows readers to glimpse different perspectives, and since the spring, resources on pertinent issues including social justice, education and race have proliferated. Joining organizations and clubs run by minority groups at your child’s school can provide exposure to diversified views and experiences.

Q. What are the concerns and questions that you hear most often from parents or schools?

Many white parents have acknowledged they have a responsibility to the upbringing of their children, and are more vocal these days about wanting to be allies – and more – to people of color, realizing they can’t continue to look the other way. White parents have also acknowledged the responsibility of ensuring that their children see other perspectives and therefore grow into empathetic adults.

Q. Once learned, stereotypes and prejudices resist change, even when evidence fails to support them or points to the contrary. People will embrace anecdotes that reinforce their biases, but disregard experience that contradicts them. The statement “Some of my best friends are _____” captures this tendency to allow some exceptions without changing our bias, according to Tolerance.org.**

Why do we tend to disregard what contradicts the bias? How do we break through that response so that we don’t continue to resist change in future?

A. It’s easier to generalize and releases us from responsibility, and unfortunately it is human nature. White people are often so worried about saying the wrong thing and being perceived as racists that they often don’t ask clarifying questions to understand what that person of color experiences. This is emblematic of our level of discomfort and lack of practice in having race conversations. It is easier for many to discard any evidence of a difficult situation with an anecdote that easily dismisses the stereotype or bias, than to further unpack.

Q. How can parents model less bias and more openness to others for their children to see and emulate?

A. Be open to having complicated conversations, especially when incidents arise that create a teachable moment. Create opportunities for children to be able to ask questions and not be shut down. For example, a young child in a supermarket questions a parent, “Mom, what is that black man doing?” Instead of having a natural conversation, it’s not uncommon for the parent to scold or shush the child because the child referred to the person as black. What could have been an ordinary exchange becomes a taboo, and the child perceives that it is a bad thing to discuss race in any fashion and in any context..


Q. How can parents do better in bringing up the next generation?

A. Recently, the new season of the TV show “This Is Us” aired. The show focuses on a white couple and their “triplets”—their white son and daughter, and adopted black son born on the same day as their twins. In a flash-forward to present time, a scene offered up clarity for current times: During the Black Lives Matter protests, Kate, the white sister, cautiously checked in with Randall, her black brother, to express how “sorry” she is about the current racial injustices brought to light after the death of George Floyd, and Randall challenged her to explain what she was actually “sorry” for and asked why she was interested, only now, in understanding his pain. Randall further questions why, when black people were assaulted or murdered during their childhood, Kate had not checked in with him during those times. She responded that she was afraid of not saying the right thing.

* Take the Harvard Implicit Bias study tests to examine your own biases in areas such as race, gender, weight and disabilities.

A Year in Review through a Time-Tested Assessment Framework